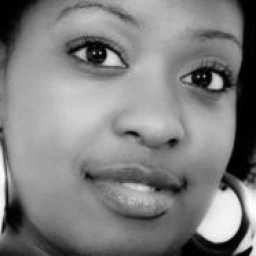 
Scarlet is one of the fastest rising stars coming out of Zambia in the recent years. She is an amazing vocalist the draws her audience in with sincere lyrics and great instrumentation. She just finished recording her yet to be released debut album "Unforgettably Yours" that was done independently. She is also currently performing all over her hometown Lusaka - at the Misty Club and other venues for dignitaries and the public alike. Her second single "Munisungile Banja" has gained her praise across the country, with heavy rotation on radio coupled with a high quality video showing across TV Screens. Scarlet is also currently serving as a Judge on the Hit Talent TV series "Dreams" on Zambia National Broadcasting Corporation. READ MORE

April 30 th 2016 will be a day RnB artist Roberto(Robert Banda) will always remember .He won the Song of The Year Award for the hit “Ama-Rula” at the Zambia Music Awards and on the same night scooped the Pan African Artist of the Year award at the Namibia Music Awards(2016NAMA's). That is a remarkable achievement that will boost his local and international music credentials.Massive congratulations to Roberto and BrathaHood Music. 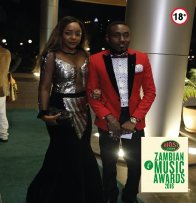 This is what the Artist said on Instagram.... “ Wow. I wake up and am humbled by messages from all over the world, congratulating me for last night's double wins. A 1st in Zambian history. Thank you to everyone that has been supporting and believing in me. My wife, my mum, Ozzy, Agnes you are a genius, the ever supportive, Chabinga family, RCZ Chilenje, my entire family. I swear in life you can not achieve it all without support from Family, friends and everyone who dedicates their time just for you. Thank you to all my fans across the globe. Great thanks to @teamkamikazi who worked tirelessly. @Brathahoodmusic my team for real. Everyone in Namibia. We have come a long way and thank you for this award. God bless you all ”

After releasing her debut album, Unforgettably Yours almost two years ago, songstress, Scarlet has announced plans to release her second album in the first quarter of 2015.

Scarlet says her new project will be a transition from her debut album that was a representation of her entire body of work.Describing it as a concept album, Scarlet shared in an interview that over 90 percent of the album was based on verses from the Bible.“I’m aiming for March or April and this one is a concept album, Scarlet explained. “I’m telling a story about a girl and her experiences through phases of life.”


She said so far she had written four of the songs to feature on the new album and disclosed that one song in particular would feature gospel artiste, Pompi.Among the people helping Scarlet’s second album are James Sakala of the Elect Band, Taonga Sakala, also known as Taz and producer Mutamula Mwale.As the album is being recorded live, Scarlet said most of it will be produced by Ben Blazer of Blazer studio.Though work is still in progress, the artiste expressed optimism at the opportunity to collaborate with more artistes for the project.

In the meantime, Scarlet is gearing up for her last show of the year which is set for November 1 at Mulungushi International Conference Centre.She has joined forces with Bittersweet Zambia for an acoustic show which she has put together for the majority of her fans at an affordable charge.“Some people complain that they want to come to my shows but they are pricey so I teamed up with Bittersweet for something more affordable,” Scarlet shared.Her fans can look forward to performances of songs from her current album and a couple from her next album.


Zambia Daily Mail: Amarulah is The in Thing

“I could not wait to work with these guys. True story is Jay Rox met with me at Manda Hill and threatened that he might hack my social media accounts if he did not get to hear a remix, then met Yung Verbal who demanded for new hair spray. I feared for my life and that’s show Zone Fam jumped on the remix lol. Just Joking,” he tweeted.“True story is I always wanted a song with Zone Fam because to be honest, this is the Best Group in Zambia. I could not resist having my brothers on the song, and I think this is the first of many songs to come.


Angela Nyirenda is on ‘Salary’ now 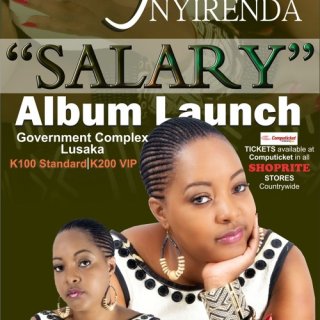 Nyirenda is launching her new album titled ‘Salary’ after which she will embark on a nation-wide tour which will start in Lusaka and end in her home town of Chipata.It’s Makewane music through-out. Angela, who burst onto the scene in 2004, wants to take her career to another level, 11 years after her first single release and seven years since her last release ‘Zambian Girls’.“The long-awaited album will be launched in a series of spectacular Computickets events in Lusaka on 2 October, 2015 at the prestigious Government Complex, followed by a family show at Belvedere Lodge on 3 October.

“ Ms Nyirenda then intends to take the show on the road and give Zambians all around a feel of her new sound,” says Munyumba Mutwale of VL Talent, who is managing Angela.“The multi-lingual album, featuring songs in Kaonde, Bemba, Nsenga, Ngoni, Tonga and English is produced by Moses Sakala of Sakala Arts Centre and is said to be his best work yet.“The critically-acclaimed producer continues to work behind the scenes in ensuring that the production is nothing short of excellent.

Angela continues to touch lives with her music, especially following the tragic loss of her child to heart disease.” Angela has been inspired to join the efforts of the National Heart Coalition of Zambia in contributing to the philanthropic aspiration of one day opening a hospital for heart patients and reaching out to those who have lost loved ones through her music.“In this light, Ms Nyirenda has pledged that part of the proceeds of this album will go to the National Coalition to help with the work they are doing in Zambia.”

ZAMBIAN-BORN and British-bred singer and songwriter Katongo Temba has finally put her new single Baba on video.The Afropop song was composed and arranged by veteran producer Chali ‘Bravo’ Mulalami.The video which was recently published on YouTube has been quickly gaining popularity. The track ‘Baba’ is an upbeat, fun, flirty and lyrically rich song, and shows appreciation for the African man.In the video, you can watch Katongo being flirty with a dark and well-built man. When she released the single last June, her publicist predicted it to be one of the best songs with an international Afropop crossover appeal to come out of Zambia.

“Paired with Katongo’s sultry vocals, you have a match made in heaven, and, simply, music to your ears,” her publicist said in a statement.“Listeners are drawn in by the up-tempo afro-drums and the catchy chorus finds you involuntarily moving to the rhythm. A song definitely to match the greatest Afropop songs ever released, and one fans will not get enough of.” Katongo, who has been writing songs since the age of 11, can be described as an Afropop singer as evidenced by her self-released debut EP ‘My Way’ which is packed with dance influenced tracks laced with African drums and Caribbean rhythms that instantly grab ones attention and showcases her ability to deliver meaningful lyrics with strong, yet soothing vocals.

But away from her music, Katongo, who is also an international model, does charity work and has been aligned with the charity ‘Africans United Against Child Abuse’ (AFRUCA). Recognised as a supporter of the charity, Katongo, alongside other speakers, has spoken at the House of Commons on two occasions. She is also the co-founder of Pamoja Women’s Foundation with her sister Kanta Temba. 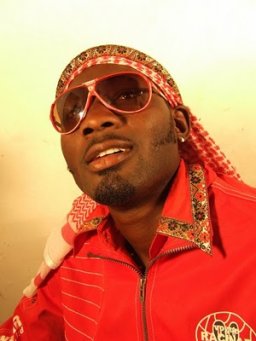 Nigeria: Tributes Pour in for Popular Comedienne Ada Jesus
04/22/21 07:38:35
[Premium Times] News of her death comes days after she celebrated her birthday in a hospital.

Gambia: NCAC DG Acknowledges Govt Support to Arts Sector Amid Covid-19
04/22/21 13:43:49
[The Point] Amid the corona virus pandemic that continues to seriously affect institutions and countries around the globe, the director general of the National Center for Arts and Culture (NCAC) has acknowledged government's support to the country's arts sector.

The Good Ones - Gabby Barrett


Astronaut In The Ocean - Masked Wolf